Versus The World vocalist and guitarist Donald Spence will be releasing a solo album titled “The Late Shift” on March 4. The singer songwriter has been touring with his band ever since the release of “Drink. Sing. Live. Love”, but that hasn’t stopped Spence from writing and recording a solo album in the little time he had in between.

“The Late Shift” will be quite different from the material written for Versus The World. According to Spence the five songs will be more reminiscent of Americana, Alt Country and Rock & Roll with a focus on his story telling ability. It will be out March 4 through Hardline Entertainment, just in time for his US tour with Versus The World as support for The Ataris. See all dates below. 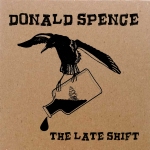 This entry was posted on Tuesday, February 18th, 2014 at 9:05 PM and tagged with Donald Spence, Hardline Entertainment, solo album, The Late Shift, Versus The World and posted in News. You can follow any responses to this entry through the RSS 2.0 feed.
« Twin Forks download “Kiss Me, Darling”
New Rob Lynch video: Broken Bones »