With a total of 13:12 minutes, Harker‘s new EP “Hours” has quite the misleading title. It is not even enough for the so-called 15 minutes of fame. But this EP does not fall short. Here is why…

Yes, we have already had our fair share of solo artists now playing with a full band and vice versa; in this respect, Harker is not that special. So what makes it worth the while?

Mark Boniface, founder and backbone of Harker, seems to understand the genre brought by the likes Chuck Ragan, Brian Fallon and Dave Hause like no other with his powerful, folk-drenched acoustic working class punk songs. 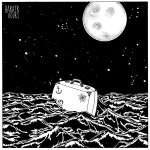 Even though “Hours” only contains four songs, it has more to it than meets the ear. Previous EP “Still Seething/Such Grace” already had some additional instruments, but Boniface now utilises the full band behind him, making the EP sound more complete, without losing to ability to play the songs acoustic.

Secondly, he has figured out his voice isn’t completely made of sand paper, as you can hear in the ballad-like “City Limits”. That change of sound is very nice, knowing Harker has more than one trick up it’s sleeve.

This entry was posted on Friday, April 25th, 2014 at 2:30 PM and tagged with Brian Fallon, Chuck Ragan, City Limits, Dave Hause, Harker, Hours, Mark Boniface, Neat Rows, Somewhere Better and posted in Album Review, Reviews. You can follow any responses to this entry through the RSS 2.0 feed.
« Video Revere – “A Road From a Flood”
AcoustiXclusive: Red City Radio at Groezrock »