With the title for Frank Turner‘s new album out, the ball is rolling and new material is rising to the surface. Watch Turner play his new song “The Opening Act of Spring” below.

“The Opening Act of Spring” is one of the songs to appear on Turner’s new album “Positive Songs For Negative People“. The artwork below is not the full album art, but most definitely will be appearing in the artwork of the record. According to Frank Turner’s Facebook page, “a proper release date, full artwork, singles and videos will all be coming your way very soon”. 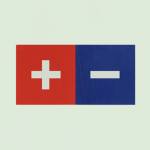 This entry was posted on Thursday, May 14th, 2015 at 2:02 PM and tagged with Frank Turner, new album, new song, Positive Songs For Negative People, The Opening Act of Spring, The Sleeping Souls and posted in Music, News. You can follow any responses to this entry through the RSS 2.0 feed.
« Stream Brian Marquis’ “90’s mixtape”
Ducking Punches starts campaign for new album »