The Dutch singer/songwriter Tim van Doorn is streaming his sophomore solo album “Until I Find Myself Again” ahead of its release on June 25. Listen to Van Doorn’s brand new record below.

The last two years of Tim’s life have been a roller coaster of events, starting with moving from Enschede in the Netherlands to Belgium’s most populated city – Antwerp. There, he started his brand new recording studio, Big Dog Recordings, where he already produced Joe McMahon‘s solo record “Another Life“, amongst many others. 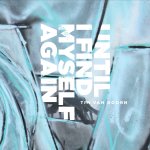 Next to that, he also joined fellow Dutch singer/songwriter Tim Vantol‘s band as bass player. Still, in the meantime Van Doorn managed to write his own songs. Together with Bram Dewachter he put the final touches to his second solo record, which will be released this week on Bearded Punk Records. You can order “Until I Find Myself Again” on cd here.

This entry was posted on Tuesday, June 20th, 2017 at 4:51 PM and tagged with album stream, Another Life, Bearded Punk Records, Big Dog Recordings, Bram Dewachter, Joe McMahon, Tim van Doorn, Until I Find Myself Again and posted in Music, News. You can follow any responses to this entry through the RSS 2.0 feed.
« Album Review: Martyn Crocker – Favouritism