Good news for all City and Colour fans in mainland Europe! Next to supporting Biffy Clyro in the UK, Dallas Green and co. will be coming back in June for a European headline tour. All dates can be viewed below.

City and Colour will be releasing a new album this summer, so chances are big new music will be played. You can listen to one of these new tracks, ‘Of Space and Time’, below.

City and Colour on:

City and Colour's own site 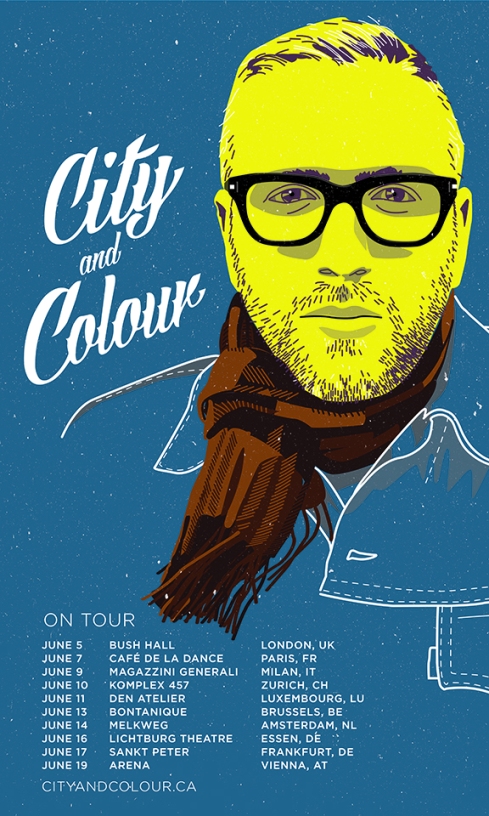 This entry was posted on Tuesday, March 19th, 2013 at 4:31 PM and tagged with Biffy Clyro, City and Colour, European tour, Of Space and Time and posted in News. You can follow any responses to this entry through the RSS 2.0 feed.
« Story Of The Year comeback: acoustic Page Avenue
UnPlugging: Jonny Two Bags »